Another half-cautionary tale: when preparing to revamp a thrifted sweater, read that label carefully! Don't throw it hurriedly into the washer on the hot setting without confirming its lack of animal fibers - in this case, wool. I guess that eliminating cooties, rather than preserving the fabric, was at the forefront of my mind at that moment. Thus, the lovely grey v-neck for which I'd had grand plans became a toddler-sized felt pullover. 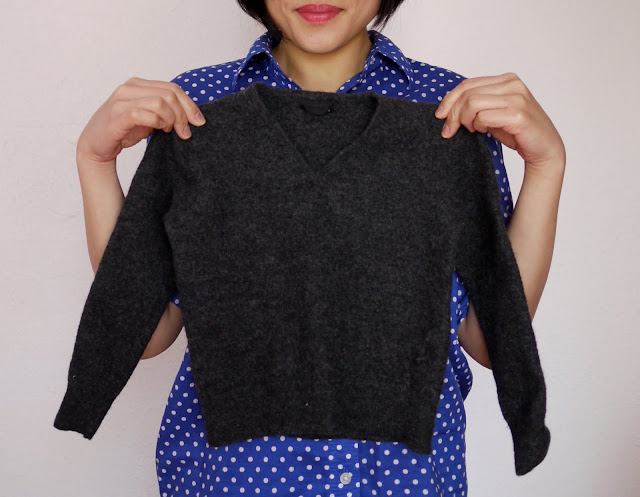 Of course, the resulting felt wouldn't go to waste. Since I was just about to head off on a holiday vacation around Europe for a few weeks - lots of walking to be done outside - I made some wool insoles to stick in my shoes for an extra layer of warmth. 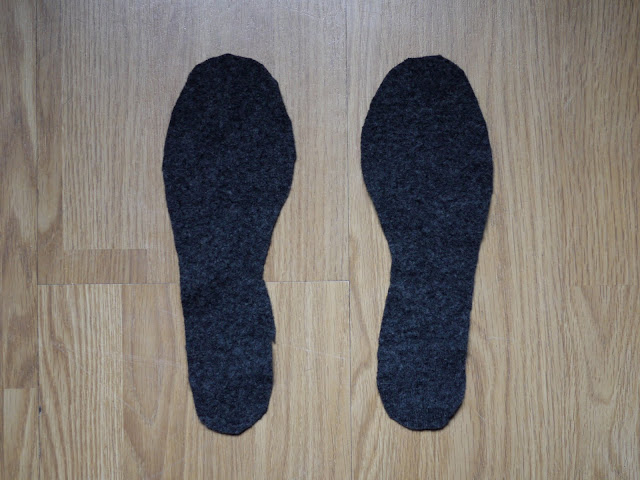 1. Felt (intentionally or not) a wool or other animal-fiber sweater by washing it in hot water and then running it through the dryer.  Heavier sweaters work great for this, as they should produce a nice, thick felt.  As suggested here, protect your washer and dryer by putting the sweater in a mesh bag first.
2. Make a template by tracing around an existing insole (check some of your flats for insoles that can be pulled out) and cutting out the shape.
3. Pin the template to the felt and cut. Put the insoles in your shoes and start trekking.

If your felt feels too flimsy, or you just want something thicker, you can cut out several insoles and glue or sew them together.

Email ThisBlogThis!Share to TwitterShare to FacebookShare to Pinterest
Labels: DIY